Working as a volunteer is a life changing experience!

You get to meet different people from all over the world, live with them as a family and work together as a team. You also get to be inmersed in the local culture and become part of the community. It’s a great opportunity to learn and grow, both personally and professionally. If you are interested in coming to Peru and volunteer with MiPequeñaAyuda, just fill the form below and we will send you more information about our volunteer program. 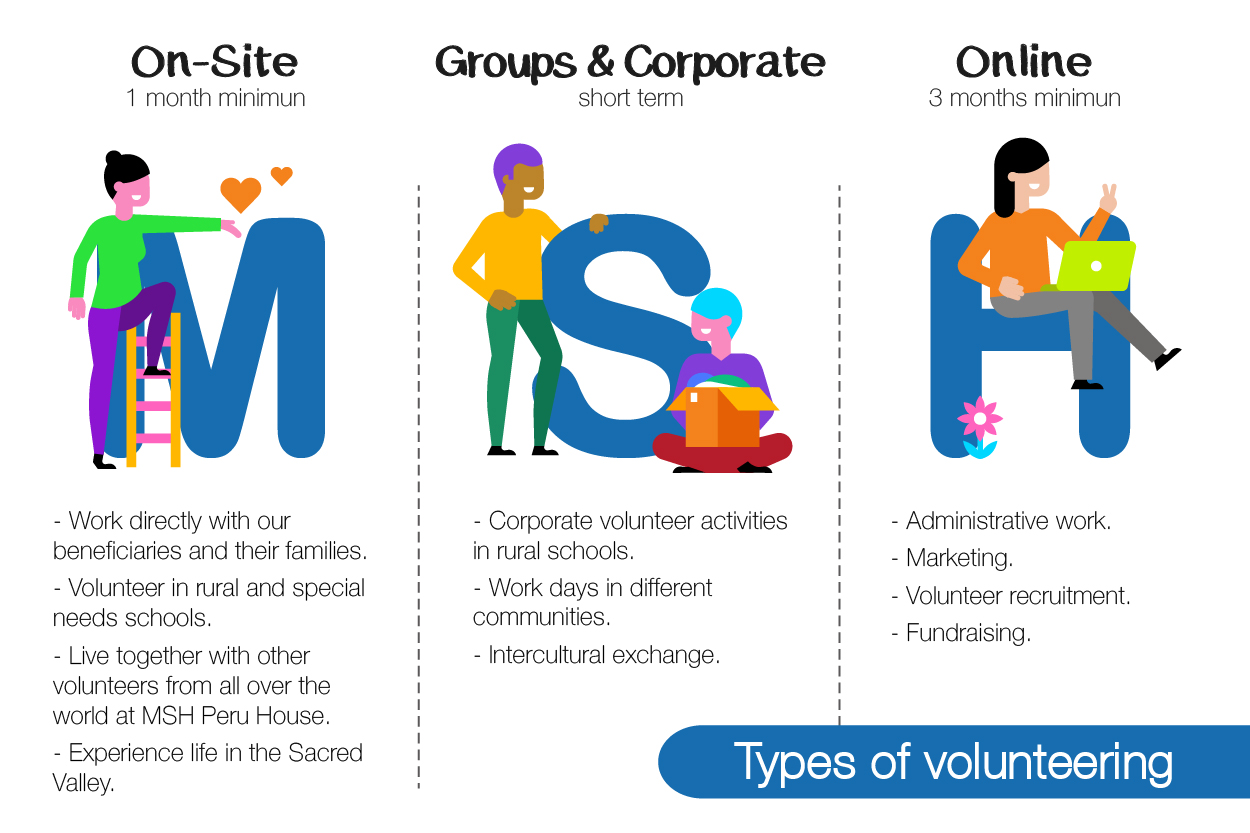 What do we do?

Get the GloRe Certificate 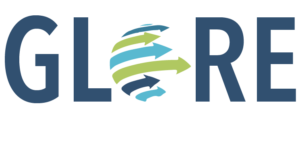 This is a certificate of Global Recognition, that identifies the soft skills acquired while volunteering, which is a non-formal learning experience. It is a useful tool that gives the opportunity to the volunteers to recognize learning outcomes and validate their experiences in the labor market.

To know more about the GloRe Certificate, check their website: www.glorecertificate.net 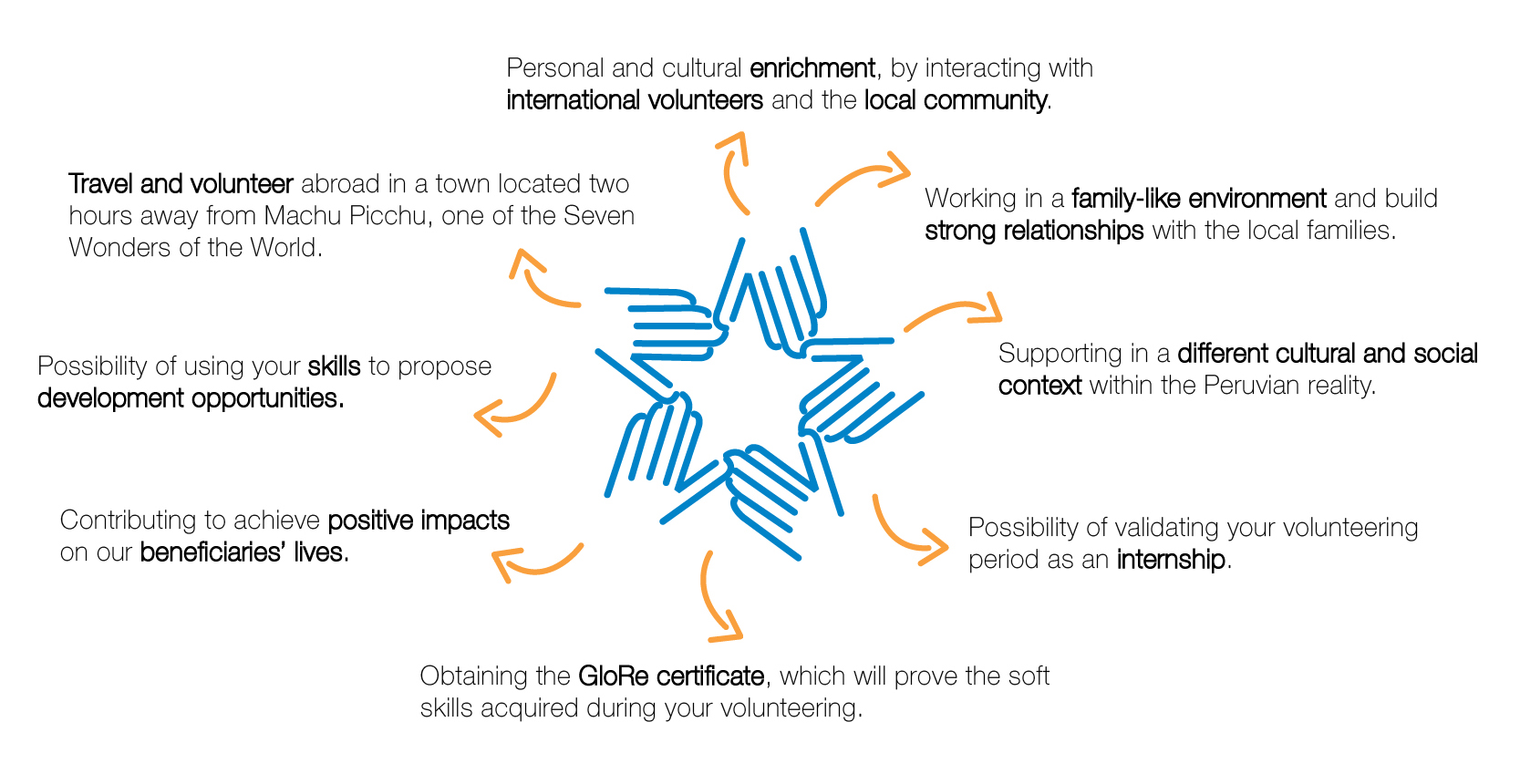 Located in Ollantaytambo, the MySmallHelp House is a cozy place with gorgeous views of the mountains. The house has 2 shared rooms, 1 private room, 2 shared bathrooms with hot water, a fully equipped kitchen, a spacious living room, a dinning room and a beautiful garden. We also have Wi-Fi connection running through the house.

Our house is a 15 minute walk from the main plaza of Ollantaytambo, a 10 minute walk from the train station and near the fortress of Ollantaytambo. The MSH House is a quiet and calm place where our volunteers and staff live to enjoy the Sacred Valley of the Incas. Volunteers share responsibilities for maintaining a clean and friendly living environment while sharing their experiences!

The volunteer program has no cost; however, we ask the volunteers working in Ollantaytambo to stay in our volunteer house, which is a social project in itself. For those who volunteer on-site, we ask for a contribution that allows us to cover maintenance expenses and the projects of the organization.

The housing cost depends on a volunteer’s length of stay.  We request a minimum commitment of one month, however there may be exceptions depending on specific circumstances or skills offered. 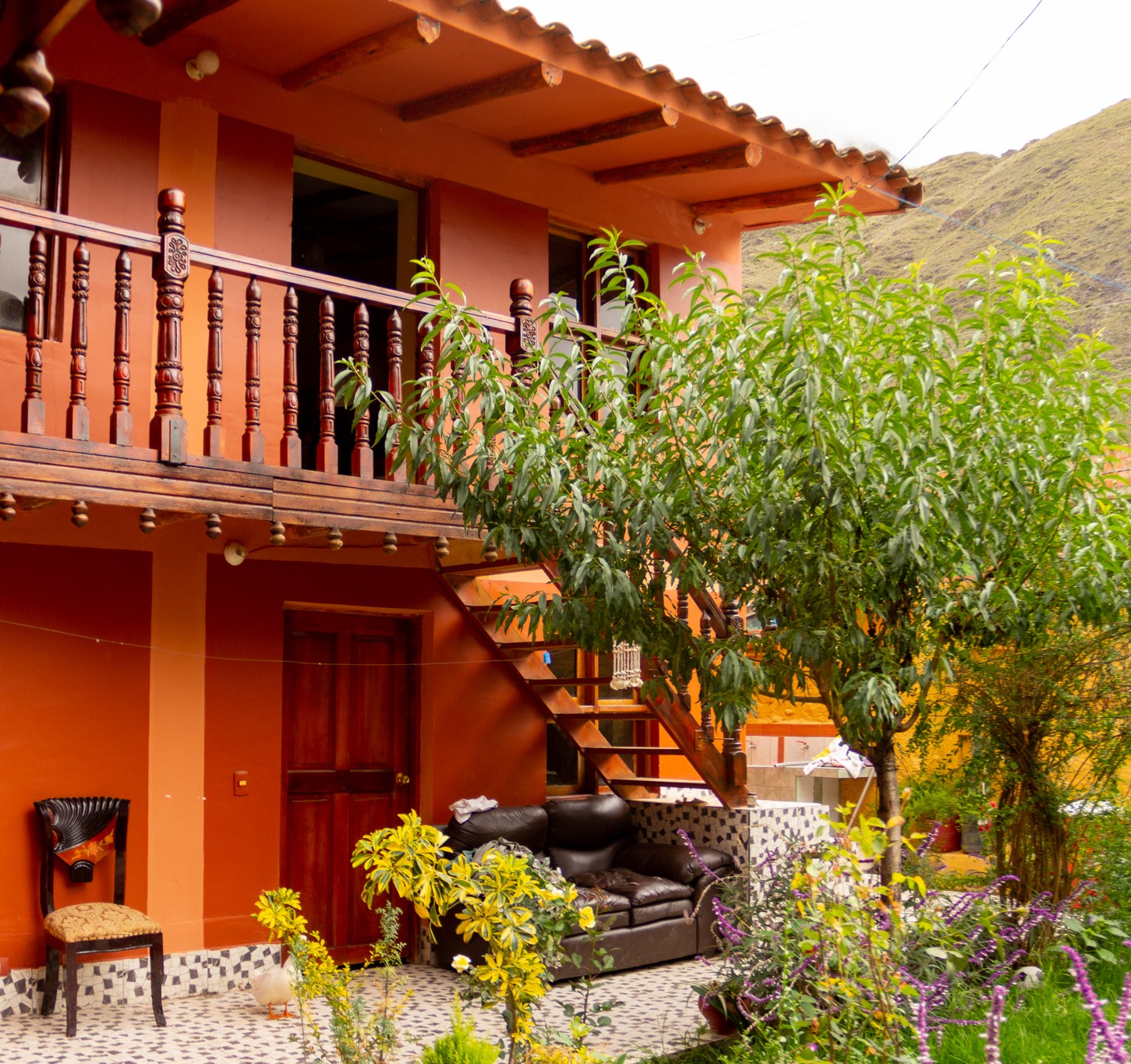 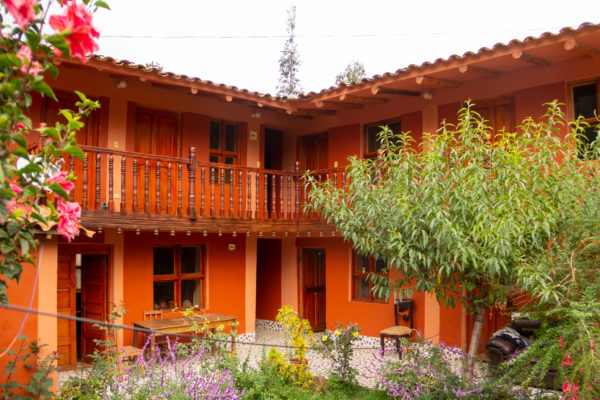 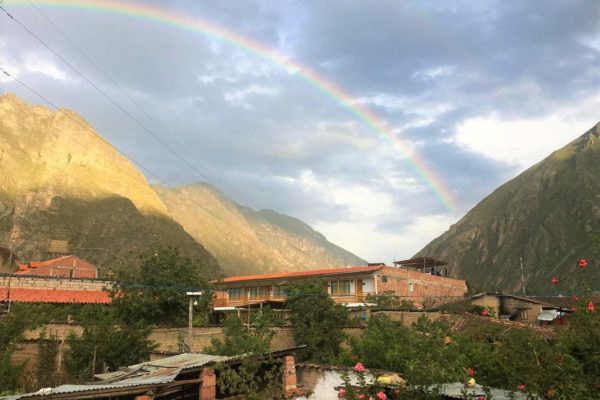 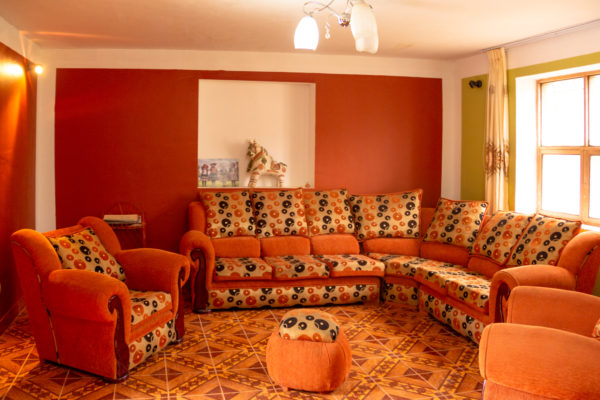 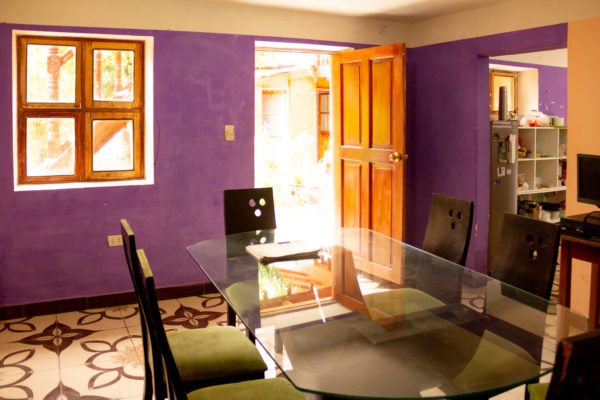 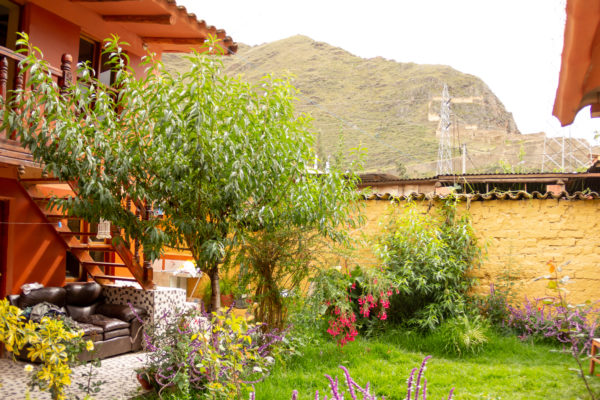 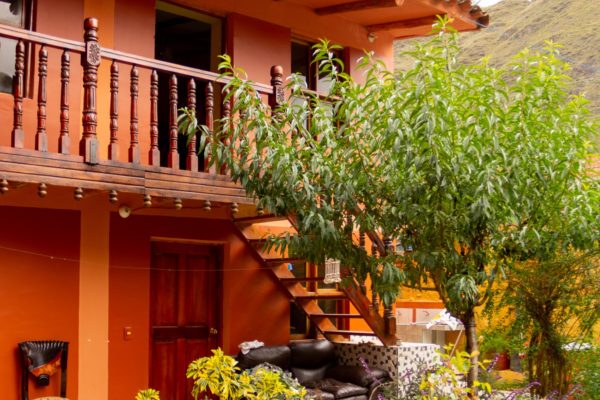 Ollantaytambo is located approximately 2 hours from the city of Cusco and 2 hours away from Machu Picchu. International flights usually land in Lima, the capital of Peru, with many connections to Cusco just a short hour flight away. Bus transportation from Lima to Cusco is also available as a more economic option.

We will provide clear instructions to all volunteers upon arrival, in our welcome pack.

What to know about Peru 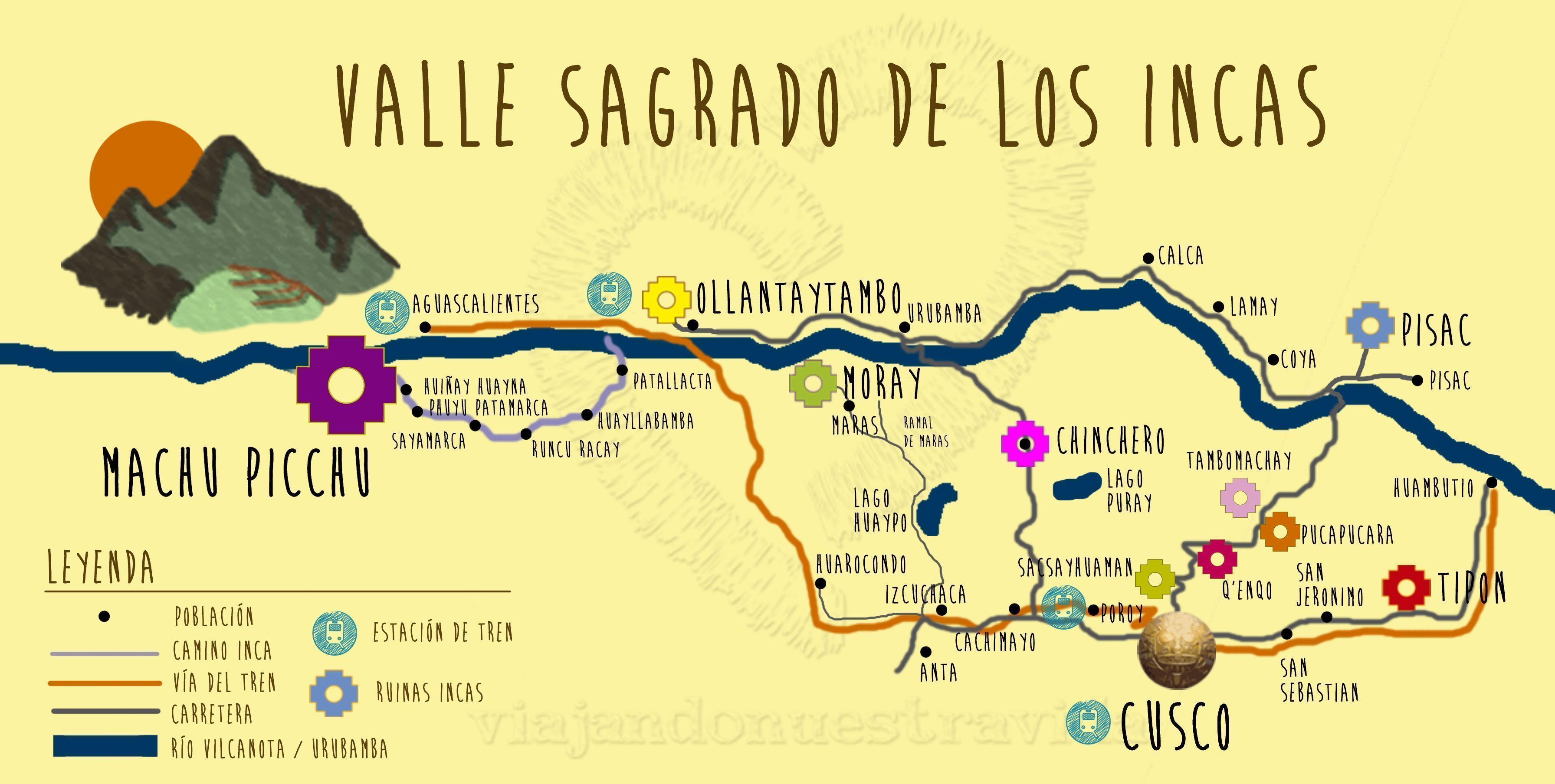 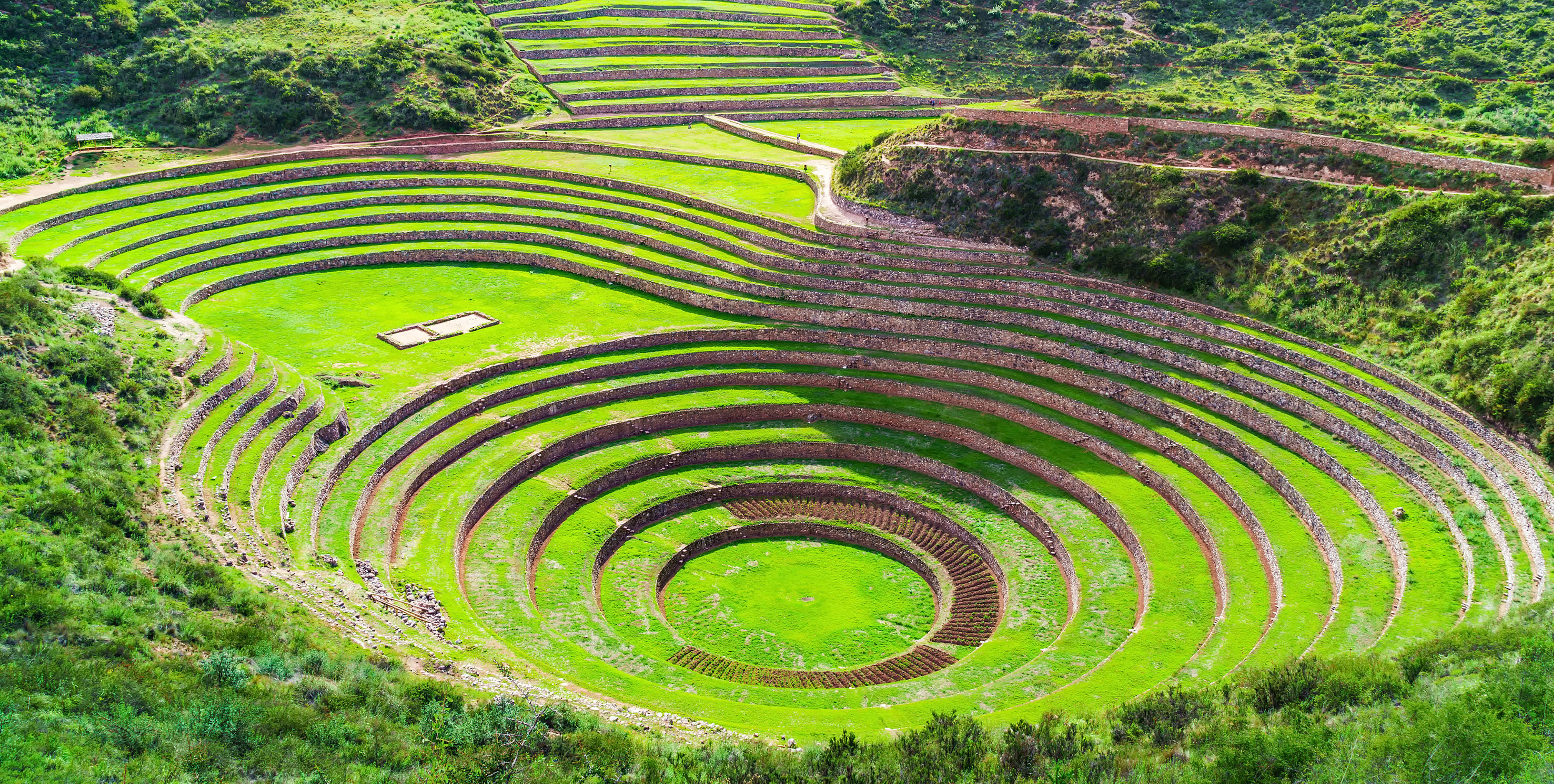 Peru is a country in western South America. It is bordered on the north by Ecuador and Colombia, on the east by Brazil, on the southeast by Bolivia, on the south by Chile, and on the west by the Pacific Ocean. Its geography varies from the arid plains of the Pacific coast to the peaks of the Andes Mountains and the tropical forests of the Amazon Basin. The mixture of cultural traditions of each region has resulted in a wide diversity of expressions in fields such as art, cuisine, literature, and music.

The Peruvian territory was home to different ancient civilizations (some of which are the oldest in the world) and to the Inca Empire, the largest state in Pre-Columbian America. The Spanish Empire conquered the region in the 16th century and established a Viceroyalty, which included most of its South American colonies. After achieving independence in 1821, Peru has undergone periods of political unrest and fiscal crisis as well as periods of great stability and economic upswing.

During the volunteer program with MiPequeñaAyuda – MySmallHelp Peru you will have the opportunity to enjoy some magnificent touristic archeological routes and to discover places around the Sacred Valley of the Incas circuit (Pisac, Moray, Chincheros and Ollantaytambo). In addition, near the city of Cusco, you can visit the Temple of the Moon, the Water Temple and the Temple of the Sun, so you can feel the energy of these places.

You can’t leave without getting to know Machu Picchu, just 2 hours away by train from Ollantaytambo, where our volunteer house is located. It is certainly the favorite place chosen by our volunteers; touring its citadel, even climbing the mountains that surround it, are unique moments that you will never forget.

MySmallHelp is an amazing NGO that day by day contributes to a lot of lives in the Sacred Valley. Not only the ones of the beneficiaries, who get a heart filled and lovely overall support, but also of the volunteers! I was very close to the team of MSH and made great friends there. You feel every day that your work is needed and well utilized; you get to know the REAL Peruvian culture und you'll be very close to the beneficiaries.

Hi! I spend one month as a volunteer in the NGO "MySmallHelp Peru - MiPequeñaAyuda". Volunteering there gave me the chance to get to know the Peruvian people and their culture besides of the touristic stream. I had the opportunity to see how people live and visit and support them at their homes. We stayed together in the volunteer house in Ollantaytambo, from where you can do great tips and hiking. It was a great and unique experience that I will never forget! Thank you MSH!!!

Hello! I spent 3 weeks volunteering at MSH Peru with my boyfriend. This experience was part of a one year trip around the world. It was a wonderful experience. Jessica, in charge of the NGO welcomed us very warmly and although she had a lot of tasks, she took a lot of time with us. I highly recommend supporting MSH, if you are lucky to travel in the area and want to experience a beautiful time and feel useful, don't hesitate to volunteer!

Spending a month volunteering in Peru with My Small Help (MSH) was truly a life changing experience! In fact, my time had such an impact on me, that I have now reconsidered my plans back home, and I am currently looking into a career change to move into the charity sector. Thanks MSH!

I have been a volunteer for one year with the association MiPequeñaAyuda in Peru. It’s difficult to describe one year of work, laughter, energy, and good team vibrations in a few words, but I can say that my experience has been a real opportunity of discovery and learning. Also, living in the house of volunteers is another great experience that allows you to know people from all over the world, to open your mind, to test you in a context that changes quickly, and to laugh and smile of your time. So, the most beautiful mountains that I have ever seen in my life and the children of Ollantaytambo are waiting for you and your passion. Let’s the journey begin!

I learned how to work with many people coming from all over the world and how to be multitasking, I also learned how to save energies because my work was necessary.