Six Is an Important Age

August 24. I have been here for almost 2 and a half months. Or, more precisely, 72 days. That’s 72 mornings that I woke up with a breathtaking view of the Andes. The same number of nights that I looked up at the starry sky thinking how lucky I was to be here. I have 49 more of those – that’s how many days I have left living at the MySmallHelp house. And I will have to wake up 51 more times before I get to see my family again.

I have spent more time in Peru than what I have remaining. It’s a bitter-sweet feeling. On the one hand, I absolutely enjoyed every single experience so far and I’m glad that so many wonderful things happened to me in such a short time. On the other hand, I have an even shorter time left, and sadly, I will have to say a very hard goodbye to Ollantaytambo at one point. On my 121 st day here, to be exact.

August 24. This date is also Thiago’s birthday. He’s turning 6 today. That’s a very important age. Scientists claim that this is when you actually start to create memories and to remember more things about yourself. I’m incredibly glad that Thiago will have a very pleasant memory from his 6 th birthday. Every child in the world deserves that. 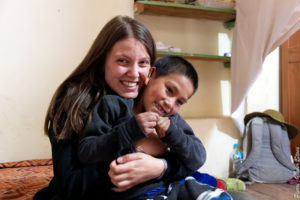 What makes it even more memorable is that he definitely wasn’t expecting it. He was, of course, excited that it was his birthday, just like any other kid, but that was it; an actual birthday party never crossed his mind. In most low-income families things like this rarely ever happen. Our team, however, had everything planned out: first of all, we bought a big, creamy cake with mouthwatering frosting. The carefully picked out gifts – some nice clothes, a pack of coloring pencils and a bag filled with different kinds of toys – were then wrapped in a festive wrapping
paper. We also brought with us a few tasty snacks, some refreshments and a very good mood. But Thiago is a smart boy. The minute we showed up at his doorstep, he realized something was up. “¿Hay torta? ¡ Vi una torta!” – he cried impatiently. “¿Cuantos años cumples?” – we tried to distract him for a while longer, until our coordinator, Jose Luis, came

through the door with the delicious-looking cake and a little blue candle. The famous song immediately spread through the room. “¡Pide un deseo!” – cheered everyone merrily. Thiago firmly closed his eyes and wished for something that remained a secret. My guess is more birthdays like this. 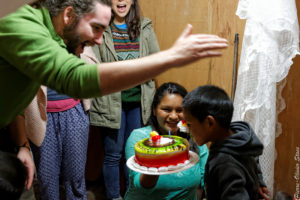 The most exciting part of the evening followed – the opening of the birthday presents! Alicia was pulling them out in all shapes and sizes from behind her back and Thiago’s eyes opened wider every time he saw a new gift was on the way. He was unwrapping each one with such eagerness that, for a second there, even I forgot what his presents were and was waiting with anticipation to find out. The icing on the cake – apart from the literal icing which Thiago
vigorously tried to lick off of his nose – was the final gift: a big bag full of plastic cars, trees and
dinosaurs. What more could a kid wish for? 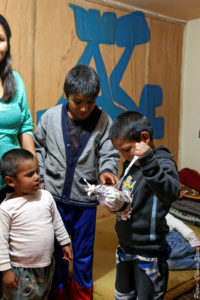 Next, Thiago’s older sister took her speaker out and we put on some music – after all, what’s a party without dancing? Everyone joyfully started moving to the beat and singing the songs loud enough so all the neighbors would know it was Thiago’s birthday. He was the happiest I’ve ever seen him, with a huge smile that never left his lips and a gleaming sparkle that never disappeared from his eyes. He must have thought it was all just a dream too sweet to be true.

But it wasn’t. It was real. Our MySmallHelp team made it possible for him to have a very special day. An August 24 like he’d never previously experienced, with everything he’d ever hoped for. This is what our NGO does. It helps people with simple things that many of us take for granted, like having a birthday party or going for a stroll around the park. It changes their lives little by little, step by step, day by day. At times it even seems like MySmallHelp is just that – a small help – while all of the people we work with are worthy of so much more. But that
August 24 proved me that what we do actually matters a lot. Just as much as a beautiful
memory for your 6 th birthday. 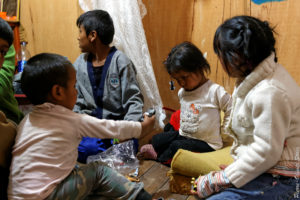 MiPequeñaAyuda – MySmallHelp Peru is a non-profit organization founded on 2011, to support children and young adults with disabilities or low economic resources in the Cusco region by providing them access to basic education, health care and skills training.

This site uses Akismet to reduce spam. Learn how your comment data is processed. 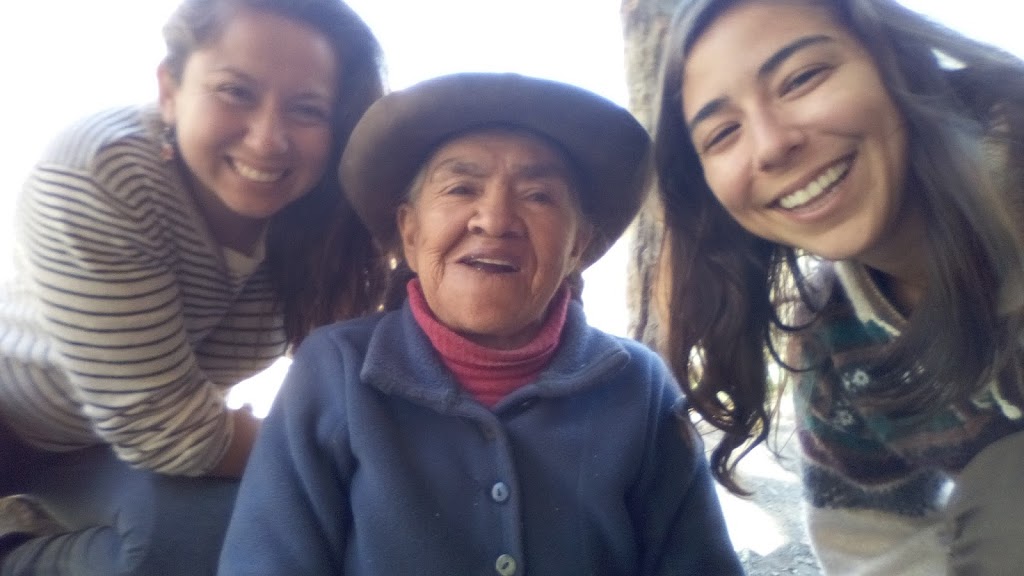