One of the goals of MSH Peru is to provide support to local communities to make positive impacts in the lives of their members. That’s why, every year we work with groups of volunteers in building or improving facilities in community schools, developing education, sports or art workshops, at the same time as we share with the local children knowledge, culture and enjoyable moments.

Once more this year, we received the visit of two groups of volunteers from GoBeyond, a student travel program, with whom we have been working for the past 4 years. With these groups we have developed different activities at the same time as we had a great time helping out in the Sacred Valley! 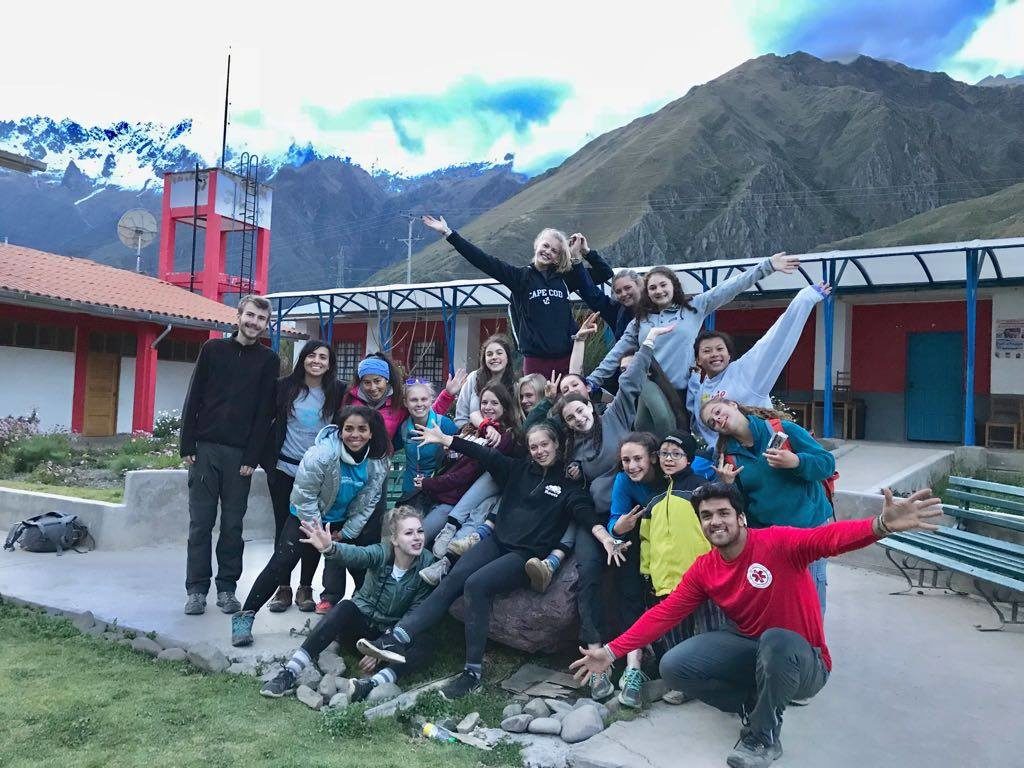 The first group came on the first week of July. During the 6 days spent they volunteered with us, we prepared breakfast and did an art workshop in Bandolista Kindergarten, taught English and worked on cleaning and preparing the soil of one garden of the Virgen de Fatima school in Ollantaytambo so the kids can later have a “huerto” to grow vegetables that they can eat in their daily meals, and we helped build an adobe wall at the back of the Soccma school. During a sunny day at Paru Paru community, we built adobe bricks for Andres’s – soon to be finished – house. We split into groups. One of them was digging up dirt, another was cutting hay to be thrown into a mud pile, and the third group was walking in (barefoot) mixing in the hay with the cold mud. “The mud was freezing cold but we managed to make the best out of it” – one of the volunteers said – and it was a lot of fun! We build a fence with recycled and painted bottles for the garden in Tanccac school. We also designed and painted a play court at Phiry school, so the kids can have some place where they can play during their recess, while learning and practicing their vocabulary with the ABC board in a very fun way. 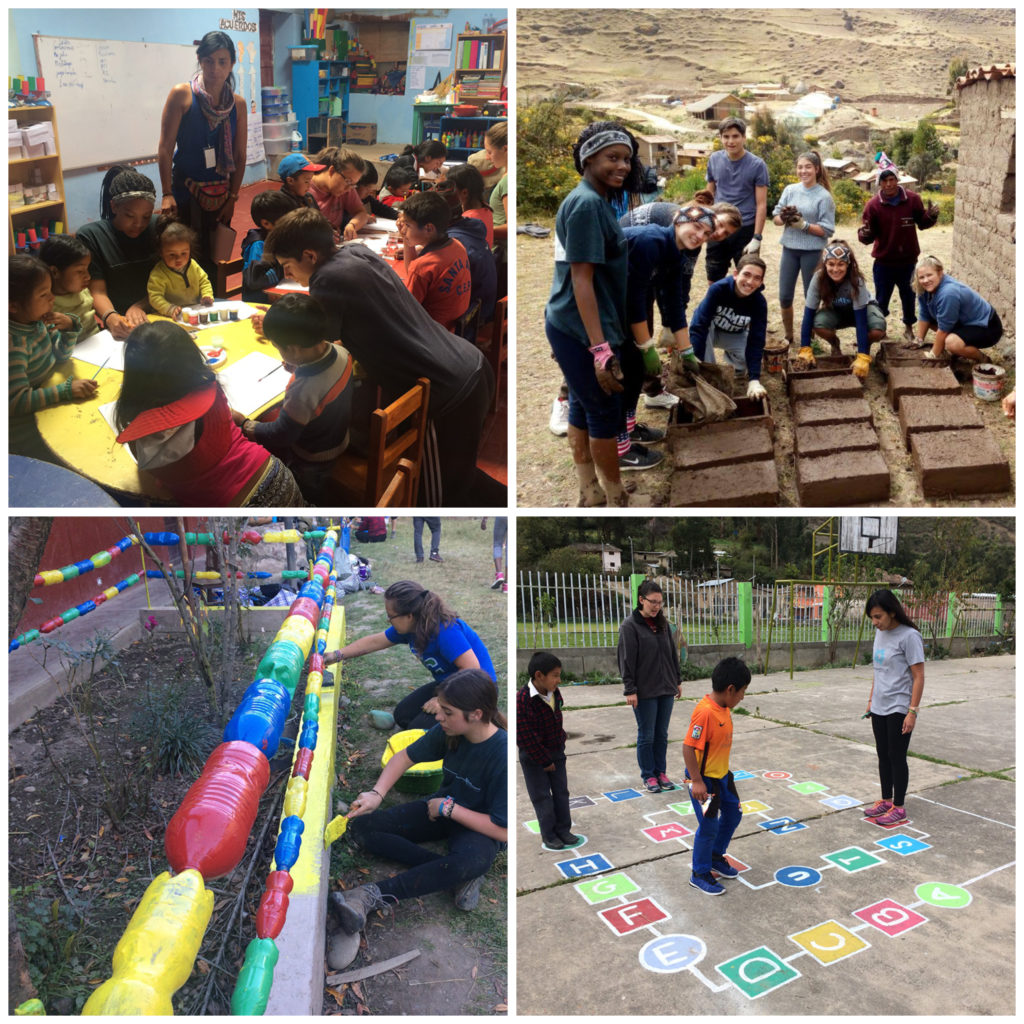 After a couple of weeks of getting back to our regular activities full time, the second group of GoBeyond volunteers arrived, during the last week of July. This time, we prepared breakfast and gave out donations at Chiqchicancha Community, where the community members not only received us warmly but also, they prepared some local dances for us and offered us their typical customs which we wore with such pride and felt like part of the community. We built more adobe bricks for Andres’s house in Paru-Paru Community (to get the job done as soon as possible), we continued working in the garden of Virgen de Fatima school nad plantes come veggies, we prepared pancakes and worked in the warehouse of Soccma school, and gave out English classes to the students at Chilca school. Last but not least, also in Chilca, while enjoying the beautiful views of the mountains, we rebuild the planters and decorated them with painted stones as well as we painted some tires in colorful colors, which would serve as fences for the gardens in order to brighten up the elementary school of Chilca. They look great by the way! 😉 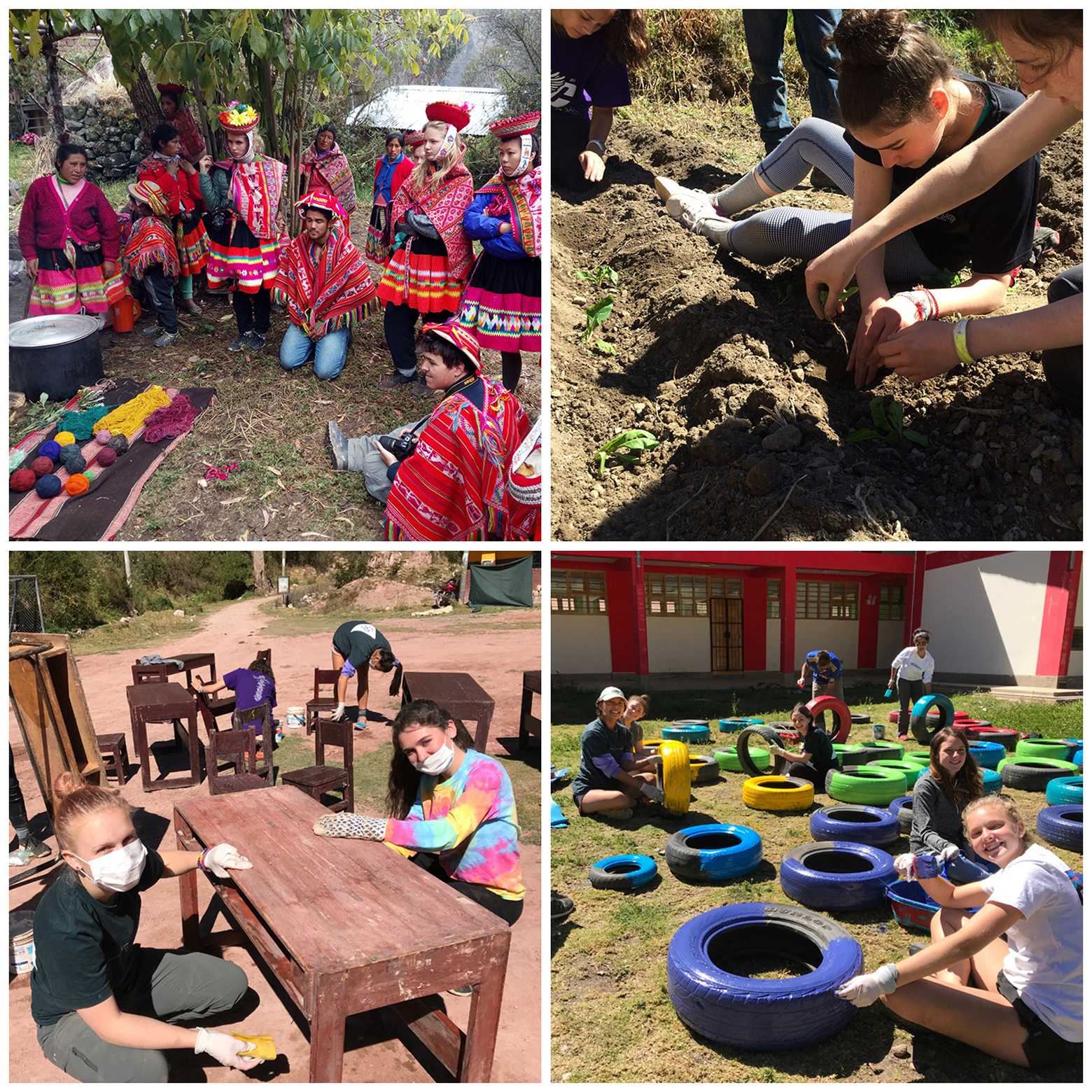 This kind of activities does not only support the local communities, but also it’s an opportunity for the volunteers to get inmersed in the local culture, to share with the local children and to experience that there´s people in need so nothing has to be taken for granted. For the children is an opportunity to interact with people from other countries and cultures, to learn the importance of working together to accomplish goals and to share some fun moments with new friends.

We work really hard during this activities, some of which require a lot of effort from our side, but all our efforts are worth it because we accomplish great things thanks to the support of our #MySmallHelpers!

MiPequeñaAyuda – MySmallHelp Peru is a non-profit organization founded on 2011, to support children and young adults with disabilities or low economic resources in the Cusco region by providing them access to education, health care and skills training. 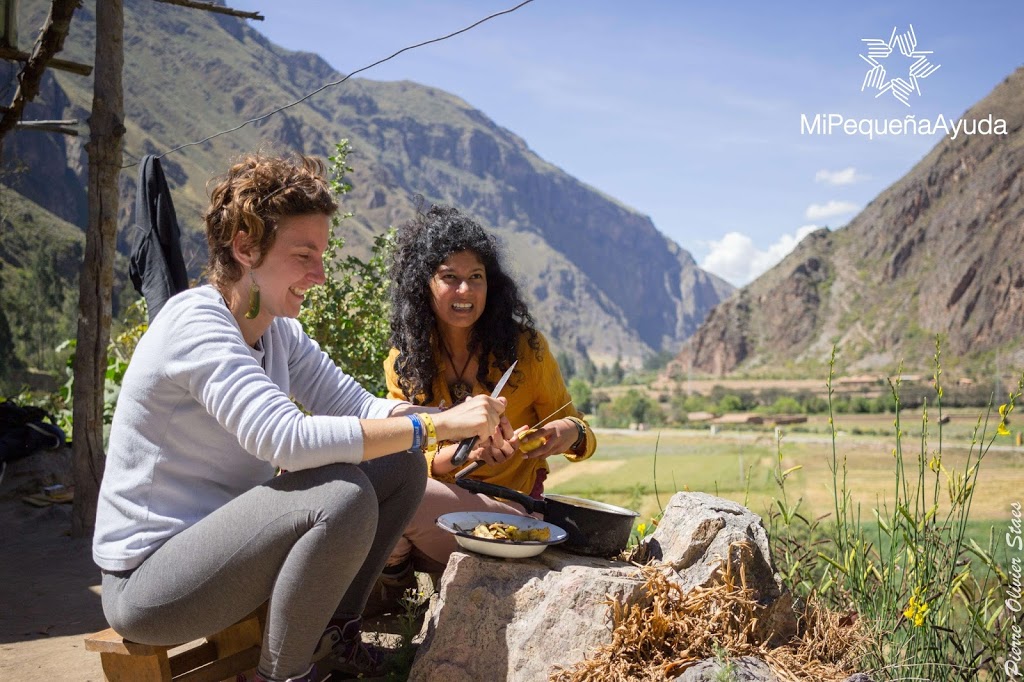